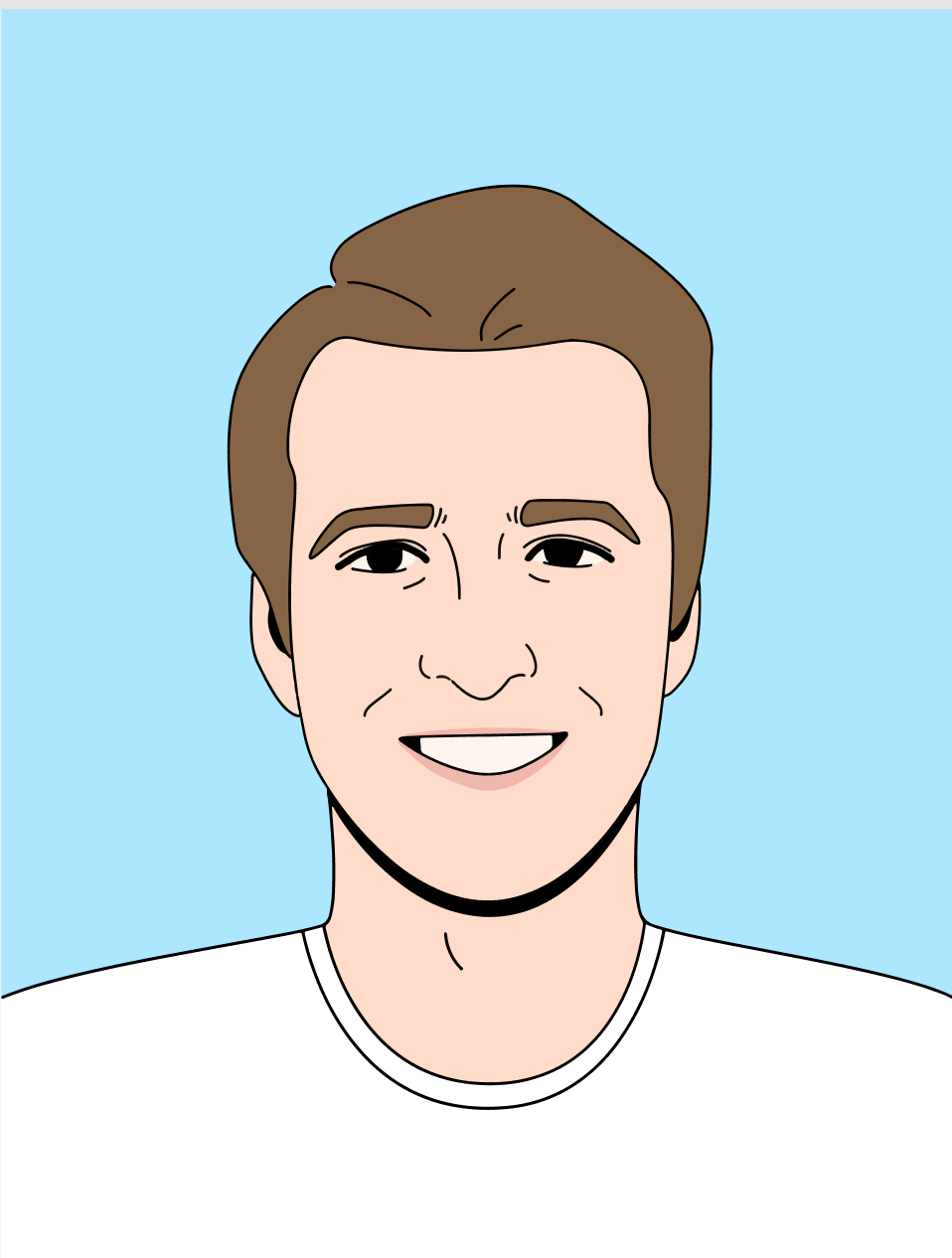 Disclosure: You may already be a winner of the $OP token sweepstakes. I am serving as a delegate for the Optimism Token House.

This week Optimism dropped the $OP token, initiating Optimism Governance. Optimism’s governance system presents an exciting opportunity to study the latest thinking in governance design and helps us focus on shaping the next era of Web3 through its focus on public goods. With the launch of the token, Optimism created the Optimism Collective, an ecosystem that will govern the distribution of public goods funding derived from the revenue the protocol generates. The Optimism Collective is governed by three bodies: the Token House (holders of $OP), the Citizens’ House (select NFT holders), and the Foundation. Optimism’s structure is notable for its balance of power between the three governing bodies, the use of multiple voting styles (token-weighted and one-person, one-vote), and the Collective’s commitment to experimentation.

Optimism is a layer 2 scaling solution for Ethereum. It is an optimistic rollup: it is optimistic, because it assumes transactions submitted to it by users are valid; it is a rollup, because it sequences transactions off of Ethereum and periodically submits a merkle root of the transactions to Ethereum to create a resulting state change. Given that Optimism’s sequencer does not ensure the same security as Ethereum, Optimism creates a dispute period after its sequencer publishes a batch of transactions, during which a party can challenge a state change with a fault proof (for a reward) which will prevent the state change from being committed to Ethereum. Optimism is the first layer 2 to achieve EVM equivalence, meaning that there is no difference between how smart contracts are executed on L2 and L1, which makes deployment on Optimism easier.

The Path to Finding Great Representation in Web3

One of the common challenges our founders face is choosing the right attorneys. Few attorneys have focused on the issues that apply to Web3 to the extent that they can legitimately claim to be experts. With the broadening market appreciation of the importance of decentralized technologies, the attorneys who have developed public personas for Web3 advocacy are often oversubscribed for their services or quickly hired in-house. There are stellar Web3 lawyers who operate within law firms or who run their own practices, but they are difficult to find without a focused search.

Like other markets, the market for legal services involves information asymmetry: lawyers know their own capabilities, qualifications and track records, but prospective clients have limited information to vet attorneys. The market for lawyers involves greater information asymmetry than many, because lawyers’ track records are opaque: the attorney-client privilege shields the outcomes of many representations from public review. On top of that, the bar for competent representation is low from a legal ethics perspective: the legal profession is not going to ensure you receive the optimal representation for your purpose. The combination of privilege and a low bar for competence aids lemons by giving them in the same wrapping as peaches. Caveat emptor applies.

Despite the difficulty of finding and engaging talented counsel, Web3 founders should make finding counsel a preliminary step on the product development roadmap. The legal issues in the industry are complex: projects often involve transfers of value between (a) numerous participants, (b) across several jurisdictions, (c) whose identities may be unknown. Any of the considerations in (a)-(c) alone generates serious legal considerations; combined, these factors require significant legal planning. A legal barrier at any part of the founder’s planned product or ecosystem can have crucial ramifications for product design.

Continue Reading
Getting Past Maybe: A Call for Forward-Thinking Lawyers
0x367B
April 7th, 2022

Legal education mires its pupils in the netherworld of anti-probability. The goal of a legal education is to equip students with the ability to see multiple sides to an argument and to spot issues that could arise based on a pattern of facts. The process can make lawyers wildly creative: a lawyer can find latent flaws in what appears to be the most bulletproof plan, which can enable the lawyer to outwit adversaries and avoid pitfalls. The Achilles heel of the legal profession is that lawyers are trained to spot issues, not to weight their likelihood of occurring. The result is that many lawyers become overwhelmed by the landscape of potential risks and are unable to find a high conviction path forward.

In the 2000s, a popular study aid proliferated on law school campuses that aimed to distill for law students what leads to success on law school examinations. The book was called Getting to Maybe. A thesis of the book was that successful law school examinees are able to approach a set of facts and illustrate a variety of opposing results and that it was not the law student’s vocation to take a position on which outcome was correct or more likely: to see the colors of the prism, not their direction or ultimate resting place, was the goal. Possibly more symbolic than the authors intended, the cover of the book depicted a child who stood at a crossroads of five paths, with her arms extended in exasperated confusion. The job of a lawyer is often to get to the crossroad, but to take any one of the paths is the job of the client.

Getting to Maybe has proven to be an excellent resource. The authors were right, and if you follow their advice as a law student, you are better positioned to do well on your exams. As one prominent professor at Harvard Law School oft repeated: “Spot the issue, A+”.

The short history of DAOs began with a mantra that DAOs are flat organizations. While much of the lore of “flat” DAOs resides on Twitter, esteemed groups have made serious efforts to foster DAOs that have no formal hierarchy and have equal participation among contributors. These DAOs are collectives: participants are free to join, vote, and add value without formal restriction. MetaCartel, an early venture capital DAO, voices this vision for DAOs: “Many future companies will be formed as DAOs, with flat hierarchies and equal participation.” Aragon, an operating system that facilitates DAO launches, envisions DAOs enabling a future where “we are equally serving and served, rather than just serving.”

Several DAOs operate, or strive to operate, as collectives in line with the aspirational egalitarianism of the early DAO community. No formal delegation of power is made to specific contributors, nor is any contributor crowned as having superior powers. In their idealized form, participants enter and engage with co-equals to add equal (or similar) value to the community. In a DAO that lives up to the flat hierarchical model, mutual participation and effort is crucial; otherwise, differential participation will enable those who care the most, or who have the most interest in leading the collective, to shape policy and become leaders in fact if not in name.

A DAO is a mechanism of governance enabled by smart contract execution of tokenized commands. Tokens send signals; smart contracts interpret those signals and deliver an outcome. In its most basic form, a DAO is naive: it is not necessarily flat, nor necessarily democratic. In order for a DAO to form, a group of people must agree on the initial architecture and answer: who holds tokens, what rights do tokens create, and what smart contracts exist at the beginning? Answering these questions and committing them to code creates the initial state, the genesis block of the DAO.

The Gates of Neom

In the past three years, Saudi Arabia has promoted the development of a planned city in the northwest of its kingdom, Neom. Neom has not been completed, but its narrative is taking hold: Neom is “a new vision of what the future could be” that “will be home to the most forward thinking and visionary companies.” Neom seeks to be a haven of abundance, a center of innovation, and a “pioneering cognitive city.” Neom’s advertisements, run internationally, tout the planned city’s alignment with the future.

The designers of Neom seek to eliminate vestiges of industrialization. Rather than having car-inspired sprawl, the city is designed to be a 170 km line connected by sustainable, high-speed rail. More ambitiously, Neom aims to be an inclusive city that “will embody an international ethos and embrace a culture of exploration, risk-taking, and diversity — all supported by a progressive law compatible with international norms and conducive to economic growth.”